The [Australian Federal] Communications Minister, Stephen Conroy, has admitted that Bill Henson images were added to the communications regulator's list of prohibited websites in error, while blaming the addition of a dentist's site to the blacklist on the "Russian mob".

Meanwhile, the website of the Federal Government's censorship body, the Classification Board, was hacked last night and defaced with an anti-censorship screed.

Q&A was inundated with 2000 questions from the public about the Government's hugely unpopular policy, and the audience last night ridiculed Senator Conroy by laughing at a number of his responses.

Posted by Andrew CAlvin at 12:44 No comments: 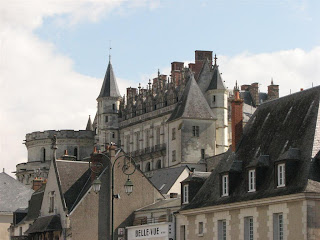 Travelling along the Loire River is a pretty nice experience...
Posted by Andrew CAlvin at 16:45 No comments: